How to Sterilize Cooking Utensils in an Instant Pot

The Instant Pot is great for destroying harmful bacteria in your home. Its Sterilize function works wonderfully for canning jars, baby bottles, cooking utensils, and so much more. It even helps to remove lingering food odors from prior cooking use.

Note: Even if your Instant Pot model doesn’t have the Sterilize function, you can still use the manual Pressure Cook function to accomplish the same task.

Benefits of Sanitizing with an Instant Pot

Why You Should Use an Instant Pot vs. Other Pressure Cooker Brands

The Instant Pot was put to the test alongside several other brands of pressure cookers to see how well each one performed when killing various strains of microbes, particularly the tremendously heat-resistant geobacillus spore.

G. stearothermophilus endospores are the particular strain of bacteria that is used when testing commercial autoclaves (laboratory sterilization equipment) because its heat-resistance makes it very difficult to kill.

In a nutshell, most pressure cookers were able to kill a majority of the microbes, but the Instant Pot was the only pressure cooker brand that was able to neutralize the geobacillus spore, indicating that it would be sufficient as a laboratory pressure cooker.

Pretty awesome, if you ask me.

How to Sterilize Utensils in an Instant Pot 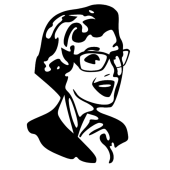 The mastermind behind Wholesome Revival, Amelia Jane is a former web entrepreneur turned "tradwife" and mother, with a passion for spreading practical knowledge to women who want to succeed at running a household and being a mother.

Amelia Jane, the mastermind behind Wholesome Revival, is a former graphic & web designer turned “tradwife” and mother. Since then, she’s developed a passion for spreading practical knowledge to women who want to succeed at running a household and being a mother.